In 2009, Dan Pink gave a TED talk titled The puzzle of motivation, in which he presented Karl Dunker's The Candle Problem and a behaviorial study by Sam Glucksberg.
The candle problem is a behavioral experiment in which the subject is given a candle, a box of thumbtacks, some matches, and is asked to attach the candle to the wall, such the wax doesn't drip onto the table below.

The less trivial, but more effective, solution is in overcoming the cognitive bias known as functional fixedness, in which you recognize the candlebox can serve not only as a receptical for the thumbtacks, but also as a platform for the candle. 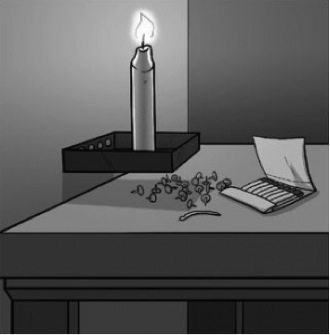 Sam Glucksberg, Canadian professor at Princeton, conducted a behavioral experiment in which subjects would be timed and rewarded according to how quickly they could solve the candle problem. Glucksberg discovered that subjects who were offered this incentive, on average, took 3.5 minutes longer to solve the problem than those who weren't. However, in a separate group, subjects that were given a version of the candle problem, in which the thumbtacks were outside the box, outperforming all other groups because the solution in this version is trivial.

In conclusion, If-then rewards work, so long as the tasks involved call for mechanical skill; higher incentives lead to better performance. But once the tasks call for rudimentary cognitive skill, higher incentives lead to poorer performance.
This seems to create a paradox for organizations that seek to be innovative; If you don't pay people enough, they may not be motivated to work, but directly incentivizing creative work can also yield poor results.

Dan proposes a case that organizations need to factor in intrinsic motivators for addressing candle problems that don't quite have trivial solutions. Examples being company sponsored hackathons, such as at Facebook or Atlassian, in which employees are given autonomy to work on anything they want, so long as they present their work within 24 hours. These events have often produced a variety of bug fixes and new product ideas that otherwise wouldn't have emerged.

What are your thoughts on how organizations can foster creative solutions to candle problems, while addressing the paradox of money being a conditional motivator, particularly in the field of space exploration?

Incentives and creativity in groups

I love the idea of the employees being incentivized to work on their own projects! That would totally motivate me.

The thing with tasks that require creativity and outside the box thinking is that you can't force an outcome. Sure, a set of tools and processes can be used to facilitate the process, and if you have a deadline you are bound to find a suitable solution, but it is not likely to be the best solution.

This is why so many tech companies are moving away from the traditional office environment, making them more prone to creativity by having casual workspaces, chill areas, games, food, and so on.

This sounds like a quasi-inverse of the fabled Laffer Curve. I'll have to ponder more on your closing question. Great food for thought

First, there are many kinds of incentive, and not just in the nature of the many different kinds of rewards (monetary, in-kind benefit, formal recognition, etc). For example, there is the notion of implication (the idea that you own your results)... this is a function of self-responsibility. Another incentive is simple encouragement, where people you respect and/or care (whom you would not want to disappoint) for demonstrate their faith in you... this form of positive incentive also helps overcome ones personal doubts, which might otherwise prevent them from seeing possibilities. There is also the multifaceted incentive behind the dynamics of teamship. A related incentive is challenge or dare. No single motivation is sufficient under all circumstances, but many can be used together, and it is important to consider all the different possibilities.

That aside, motivation is not the only, nor the most important, concern. Many tasks involve creativity, or thinking outside the box. Most people have been raised to think of creativity as a gift that one either does or does not possess... and many people seem to be taught that they fall into the latter category. However, ongoing cognitive study has been demonstrating that this is not the case.

Not to get into the details, the important aspects are:
* Creativity is learnt, and you learn through practice.
* Creativity is the product of associative pattern recognition and development, and the strongest source of patterns to draw on is direct (especially physical) experience (embodiment).
* Creativity is multimodal... it typically combines patterns from different kinds of experience.
* Creativity is a social phenomenon, requiring interaction with others.

Collectively, this means that you need to work at creative inovation and problem solving. It does not just happen, and it is not a gift. It means that you have to aggressively look for the relationships between things/events, even those that appear very different. You also have to get out and experience things for yourself, but it works best if you discuss these experiences with others.

Applying these factors, then, I would suggest:
* Encourage individual and group activities, as many as possible. Activities do not have to be (and probably should not be) directly related to the subject matter.
* Encourage and organise a wide variety of physical activities and events (also, encourage healthy attitudes and practices in general, as good health has shown to have strong possitive impact on creative, and other intellectual, success).
* Encourage the cooperative exchange between different groups, and encourage members to divide into their own groups (as many different groups as they can handle, with as much member variation as possible).
* Encourage frequent brainstorm sessions... including sessions that are completely off topic.
* Have groups interact with one another. There should be some meetings bringing all members of all groups together, and others that have (at least) representatives from each of the groups. All meetings, at all levels, should be open.